The application of thermoelectric cooling in the modern world is very varied. The advantages of cooling with solid-state Peltier heat pumps are realized in high-tech medical and cosmetic equipment, biotechnological and telecommunication systems. Thermoelectricity can cool or heat the train driver's cab. The cooling capacity of modern air conditioners for this application is about 4.5 kW. And at same time a miniature thermoelectric module can to heat release local overheating in the square 1х1 mm, moving the 0.2 Watts. The thermoelectric cooling assemblies can remove heat from the air, liquid, or solid. Today we want to introduce our experience of cooling viscous liquids with thermoelectric assembly.

Sometimes the customer has a ready-made system that combines several functions, for example liquid cooling and lubrication. Typically, the scheme includes a special hydraulic pump for viscous liquids, a recirculation pipeline and tank. It was necessary to integrate an additional cooler into the existing system of oil circulation. Generally, systems that have been developed to before do not have much additional space for install the large heat exchange equipment. Crystal's engineering team has developed Contact-to-Air type thermoelectric assembly TA-DA-250-48-PFH for adding to existing circulation loop.

This Assembly has an unusual design for this type of coolers. The pin-fin heatsink (cooling side), specially designed Peltier modules our production and blower-forced-cooled heat sink allowed to build a compact cooler with a capacity of 260 W. This thermoelectric assembly has advantages of direct cooling by Peltier solid-state pumps. So, in the normal mode of operation of the equipment, only the fan operates while the excess heat moves from the hot oil through the Peltier modules and is discharged into the air. The cooling capacity of the assembly in this mode is 8 W/K. If the temperature exceeds the critical value, thermoelectric modules will be Off. In this mode, it is possible to cool the liquid to tens of degrees below the ambient temperature. By combining several thermoelectric assemblies, you can assemble a compact unit with a cooling capacity of about 500 W at the working point where the temperature of the liquid is equal to the ambient temperature and much more than 1 kW, will be if the temperature of the liquid is higher than the ambient temperature. 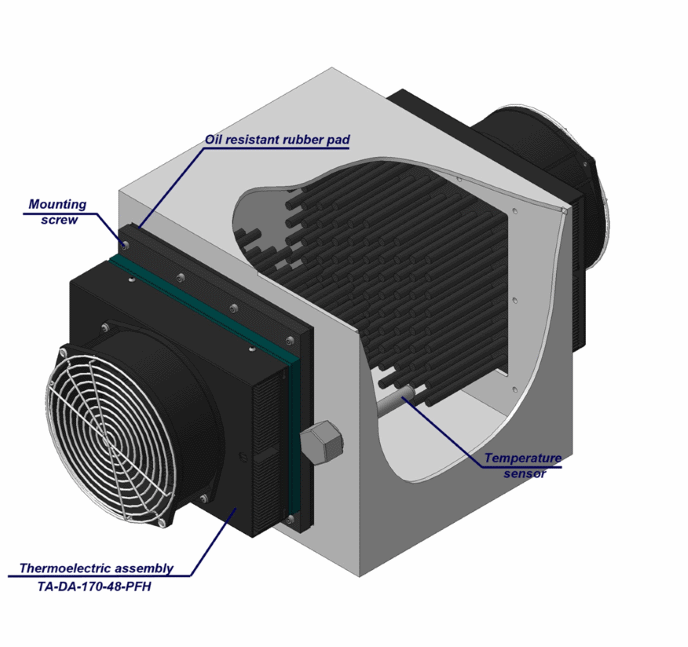 Assembly TA-DA-250-48-PFH are complementing the oil-resistant rubber gasket for hermetic mounting, stainless steel mounting accessories and a temperature sensor in a sealed stainless-steel housing for the control system.

At the first start-up of the equipment in winter or operation in conditions of not only hot summer, but also cold winter, this thermoelectric assembly can function as a heater and reduce the viscosity of the oil. The temperature of oil heating in this mode can to +100⁰C through the use of thermoelectric modules H series from Crystal Company.

Recommended wall thickness in place of installation, not less than 12 mm and non-through, threaded holes M6 depth 10 mm. For correct configuration of order need inform the depth of the threaded part of the hole.  If the assembly is installed on a flat surface with a thickness of 2 to 8 mm on it is necessary to weld on the opposite side the sealed seam along the axis of mounting holes by blind capsule with internal thread M6 and a depth of not less than 10 mm. 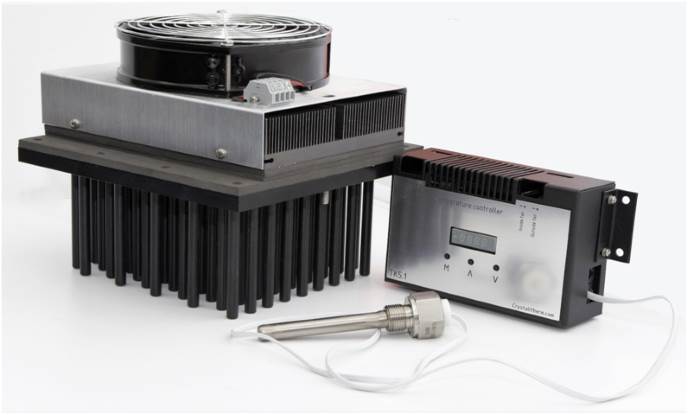 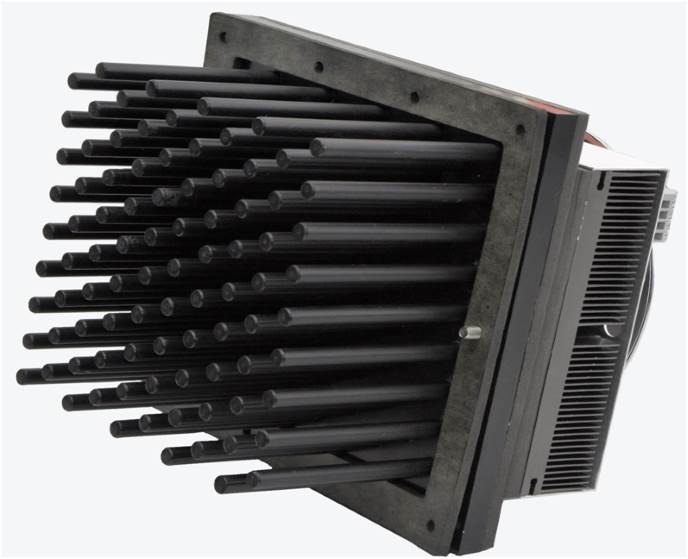 Get more complete info from our technical team.