Crystal Ltd. uses the original patented (in seven countries) technology of thermoelectric elements production. For growing profiled crystals of Bi2Te3 - based solid solutions a method of directed crystallization from melt in flat cavity is used. 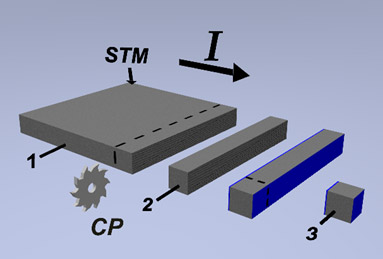 The advantage of the plate is a specific crystalline structure consisting of large textured blocks. At the same time the cleavage planes of plates are situated practically parallel to plate's surface with minimal off-orientation of crystalline blocks. Specific structure of plates ensures high efficiency of materials and significantly better mechanical properties of a plates' material in comparison with conventional materials. The Young's modulus value is from 3700 up to 6700 MPa, that it is much less than Young's modulus value of materials produced by the traditional methods, which is from 7700 up to 18000 MPa. Materials produced by this method are distinguished by an increased value of maximum strain before destruction, which is about 0.6% in contrast to 0.25% for materials produced by the traditional method. 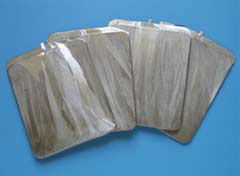 The technology allows growing of several dozen plates as one set within one process. The method, in contrast to other known methods of crystallization, allows producing not a massive ingot, but a plate of right shape with preset dimensions. It also provides usage of group processing and also group measurements for plate-shaped ingots during 100% control of material properties.

The bar ingots, cut from such plate, represent a unique object for subsequent processing in mass due to correct shape and high mechanical properties. 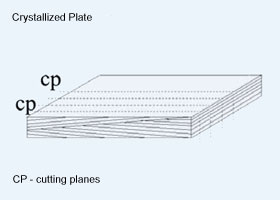 The bar ingots are the subjects to subsequent processing, deposition of multilayered coatings, and cutting into elements. For deposition of coatings vacuum and chemical technologies with different types of precleaning of thermoelectric material surfaces are used.

For different coatings types the thickness of Ni can change from 4 to 10 microns. To protect Ni-layer from oxidation it is covered with layer of Sn + Bi (less 1%) with thickness of 4 - 7 microns. 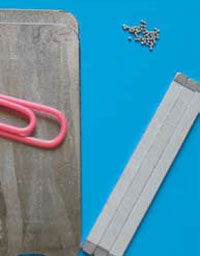 Several types of high-quality Ni-based barrier coatings are launched today into production. The coatings have high anti-diffusion and commutation characteristics providing longer lifetime of elements in modules at temperatures from 90 up to 150°C (depending on coating type).

One of the most important problems in thermoelectricity is obtaining of quality metal coatings providing acceptable commutation and antidiffusion properties and good adhesion strength to thermoelectric material. This work describes results of long-term annealing at 150°C in air for modules assembled from elements with additional barrier Mo-layer and solder paste containing 97% of Sn and 3% of Ag. A metal coating of 0.05 - 2 microns, obtaining by the method of magnetron dispersion in vacuum, was investigated. The influence of thickness of the barrier Mo layer on thermal stability and adhesion strength between element and coating was investigated. The thermoelectric material was obtained by method of directional crystallization in graphite containers with additional stabilizing annealing. The measurements of R and Z were made after modules were cooled down.

The investigations showed that additional layer of Molybdenum increases thermal stability of elements and modules on their base. The layer of Molybdenum with thickness 1 micron decreases change of module electric resistance during 150°C annealing. The adhesion strength between thermoelectric material and coating does not change at that.

The parameters of real thermoelectric elements depend not only on efficiency of used materials but also physical-chemical effects at the border between thermoelectric material and metallic layer. The electrical and adhesion properties in this transition contact area are defined mainly by preliminary surface treatment of plates made of thermoelectric material. The composition and structure of thermoelectric material surface layers after cutting in various modes were investigated by methods of x-ray diffractometry and scanning electron microscopy. The methodology of the damaged layer depth estimation in large-grain ingots accordingly to the texture character change was worked through. The depth of plastically deformed layers was defined by layerwise etching. A cold-hardened layer was defined by presence of reflections that did not correspond to the grown structure. The thickness of etched layer was defined experimentally. The plastically deformed layer was confirmed as fully removed when diffraction pattern was defined as corresponded one to ingot volume structure.

The investigations showed that in all cutting modes the damages appear in the grown structure where cleavage planes were perpendicular to cut surface and the plate growth axe. The areas appear where cleavage planes have different orientation against the plate surface; in these areas the minimal shear stress is observed. It was showed that surface deformed layer structure depends on cutting speed and features of the generator operation mode: in some defined modes the intermediate layer appears with enough perfect structure differing from the bulk material one.

The functional model means investigation of diffusion coefficient at initial conditions (D0) and energy of activation (Ea) by making experiments and graphs construction to define temperature dependence of these data as well as to calculate diffusion coefficient (D) further. The results of diffusion modeling of the solder components into semiconductor material structure (Bi2Te3) show that probability of no-failure operation depends significantly on solder concentration changes in semiconductor. Therefore the failure of thermoelectric cooling modules happens at a critical value of solder components concentration.

The betterment of antidiffusion coatings properties and methods of their application is one of method of thermoelectric modules reliability improvement.